From December 13 to 14, 2019, Wang Xuebao, chairman of the special committee of plastic knitting of China Plastics Association, was invited to Luoyang, the ancient capital of China's thirteen dynasties, to investigate four leading plastic knitting enterprises in Luoyang that enjoy national reputation.

On the morning of December 13, President Wang Xuebao of DAHAO industry and trade general received the information from Luoyang DAHAO industry and Trade Co., Ltd., located in Shouyangshan Town, Yanshi City, Luoyang. Chang Jianmin, chairman of the board of directors, had been waiting here early. Although he was going out for a meeting today, he insisted on communicating with President Wang before leaving. Chairman Chang introduced the development of DAHAO industry and trade. DAHAO industry and trade was founded in September 2001, specializing in R & D, production of container bags and trade of chemical raw materials. It now has more than 500 employees and more than 70 technicians. It has 30 sets of production lines including domestic advanced wire drawing machine, circular loom, sling machine, sewing machine, film blowing machine, high-speed doubling twisting machine, polypropylene high-strength spinning and stretching machine The monthly output is 7000 tons. In line with the business philosophy of "learning and innovation, integrity and harmony, surpassing win-win", the company adheres to the principle of "first-class technology, best products, first-class quality and high-quality service", sets up its own image, and constantly innovates to meet the needs of users. The company mainly produces various specifications of container bags, base cloth, sling, hard wire sling, girdle, tie band, sewing and wrapping line, polypropylene fiber, leak proof sliver and other products, diversified and comprehensive development. Basically formed a comprehensive market of container bag materials, let customers come to DAHAO, container bag materials can be bought. President Wang expressed his gratitude to DAHAO industry and trade for their active support for the development of the plastic weaving industry. Chairman Chang said that we can't stop and we need to do better. 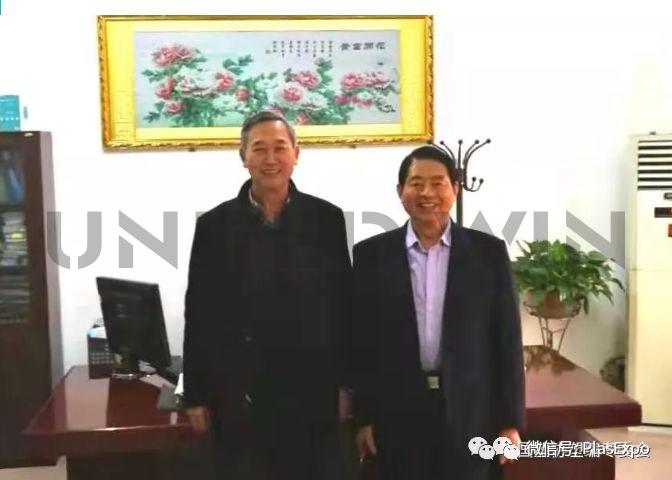 Then, accompanied by Bao Cuili, Chang Dongxiao, Chen Wugang and other managers, President Wang came to Luoyang Qiangsheng Industrial Co., Ltd. Yang Yiguo, chairman of the board of directors, and responsible persons of relevant departments were waiting in the reception room early. Chairman Yang is happy to welcome President Wang and communicate with him. 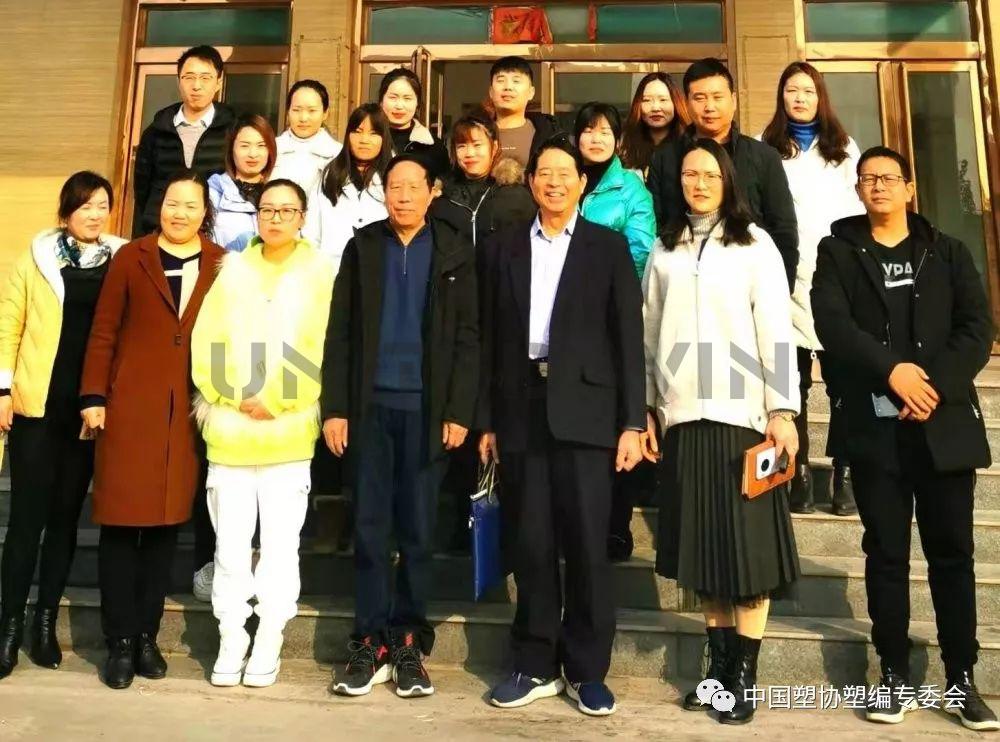 With a long history and profound culture, Luoyang Qiangsheng Industrial Co., Ltd., a leading enterprise in plastic packaging industry, has been bred. After more than 30 years of innovation and development, many times of transformation and development, the enterprise has formed a unique business brand in the industry and achieved good social and economic benefits. The enterprise covers an area of 400 mu, with a construction area of 200000 square meters. It has four modern factories with a total assets of 420 million yuan. It is mainly engaged in the trade of chemical raw materials such as polypropylene and polyethylene, and the production and sales of plastic woven bags and container bags. It has an annual output of 120000 tons of plastic products and 300000 tons of chemical raw materials. It has won the title of "national advanced packaging enterprise" and "top 20 plastic weaving enterprises in China" ”"Top 35 advanced packaging enterprises in Henan Province", "honest private enterprises in Henan Province", "top 100 enterprises in Henan Province" and other honorary titles. Yang Yiguo, chairman of the board of directors, was rated as "national excellent packaging entrepreneur across the century."

The development of Qiangsheng industry always runs through the enterprise spirit of "the most centripetal talent team, the most dedicated employees, the most executive work style and the most efficient work mode".

After 30 years of continuous exploration of entrepreneurial development, Chairman Yang summed up the essence of the company's long-term development. With the help of the relevant people, he wrote the training materials for "Ecos Corporation" -- "co operation" from "me" to "we". Established Qiangsheng business school, organized regular training and study for each unit of Qiangsheng industrial group, drew a road map and sent it to each grass-roots unit for publicity. It has laid a strong foundation for the stable and long-term development of the enterprise. During the exchange, Chairman Yang and the trainer explained to President Wang in detail. And presented a complete version of the textbook roadmap to President Wang on the spot. President Wang said that he would study and study hard to guide enterprises in the whole industry. 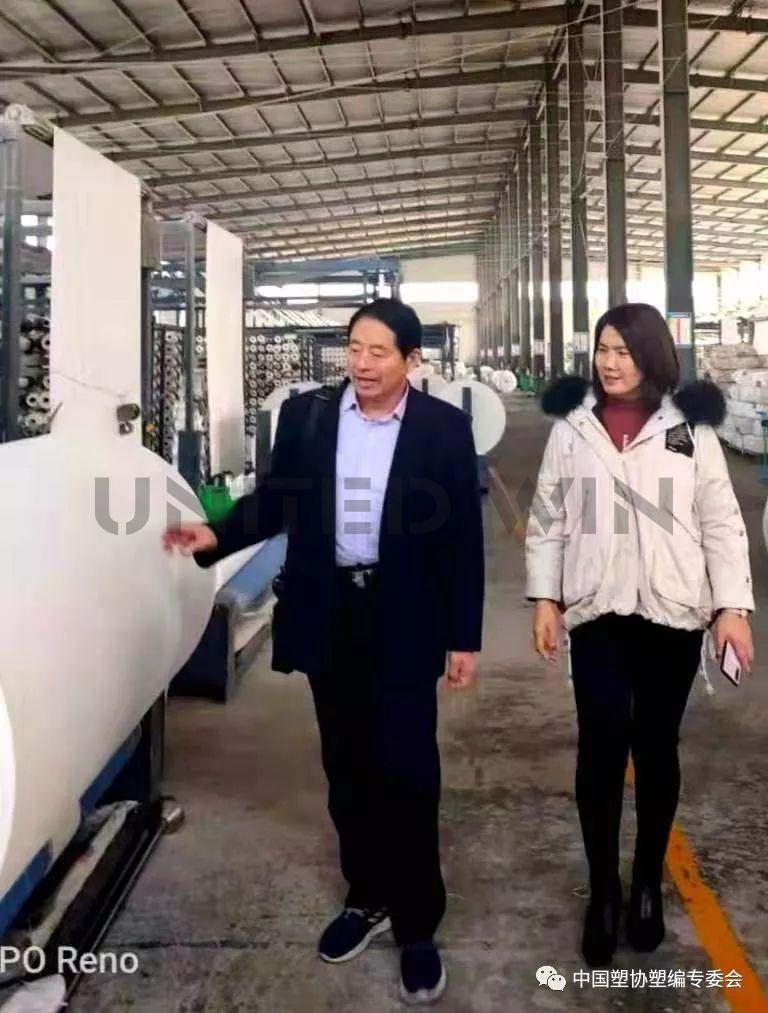 On the afternoon of December 13, at the invitation of Mr. Zhang Zhanfeng, chairman of Henghua company, President Wang Xuebao came to Luoyang Henghua Industrial Co., Ltd., which is located in Yanshi industrial zone of Luoyang City. He was warmly received by Guo hailing, Yang Xiaoge, Li Shaohui and other sales directors. Accompanied by Zhang Fei, the production director of Henghua, he inspected the production site. President Wang highly recognized the standardized 5S management of production site implemented by Henghua company, and also highly agreed with the product source traceability function implemented by Henghua company. Luoyang Henghua industry focuses on the production, R & D and sales of container bags for 20 years. With a full set of integrated production equipment and perfect product quality testing laboratory. There are 33000 square meters of factory buildings, more than 700 employees, 12 large container bag drawing machines, 150 special round looms for container bags, 150 hanging girdle machines, and more than 400 special sewing machines for container bags. The annual output of semi-finished container bags is 42000 tons, and 3.5 million container bags, with an annual output value of 500 million yuan.

The four words of vigor and vitality are the most appropriate description of Henghua industry, which is constantly progressing and developing. Henghua industry not only has a large number of young and passionate sales elites, but also has a professional technical design team and a complete quality control system, as well as a relatively complete container bag testing laboratory in China.

After the survey, President Wang highly praised Henghua's production management and quality control system, and expressed his gratitude to Henghua for supporting the development of the national plastic knitting industry and the work of the plastic knitting special committee over the years. Guo hailing, the representative of Henghua company, said that the national plastic knitting family should support each other. We should keep up with the association and continue to support the development of the industry Hold the association work, at the same time will strive to do more good products, to feedback peer and customer support. 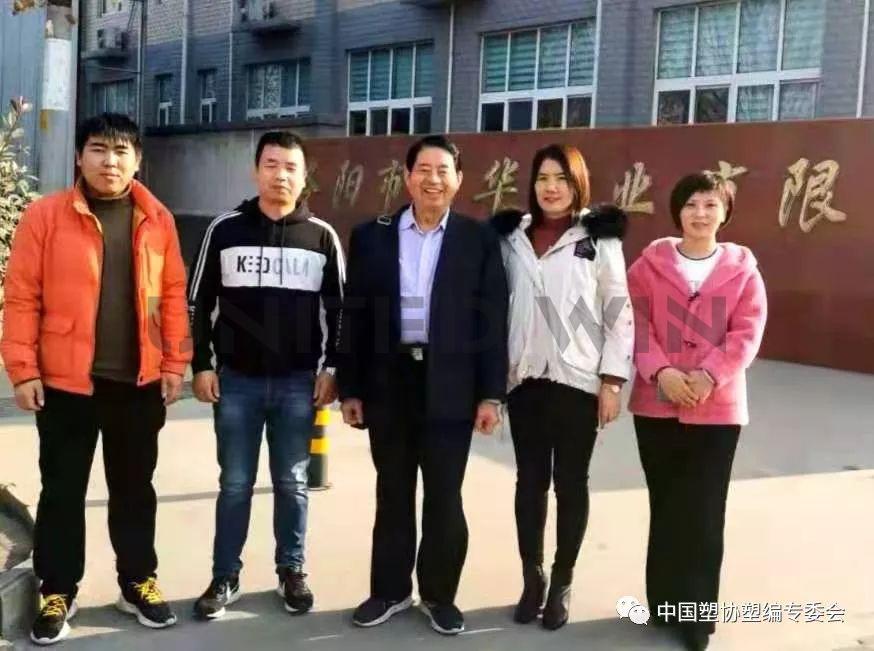 On the afternoon of December 13, when President Wang Xuebao came to Luoyang Dazi Plastics Co., Ltd., located in the industrial park of nanlichun Town, Xin'an County, Luoyang City, it was very late, but vice chairman Wang Quan, vice president Chang Xiantong and vice president Yan Yunfeng were still waiting at the door of the company. After leading president Wang to the reception room, they immediately called on relevant department personnel to communicate with President Wang on some issues concerning the development of the industry and introduce the situation of the company.

On the morning of the 14th, President Wang exchanged views with Guo Songtao, chairman of the board of directors, on the development of the industry and large capital plastics industry. President Wang highly affirmed that over the past six years since its establishment, the company has grasped the development opportunities, strengthened its internal management, paid close attention to market development, and worked hard. The company's top leadership team has clear development ideas, effective work measures and grand strategic goals, and especially appreciates Dazi plastics' proposal to become the regional leader of world container bag service. It is hoped that the enterprises in the plastic weaving industry can learn from the large capital companies and strive to lead the world in China's plastic weaving industry.

Guo Songtao, chairman of the board of directors, said: Thank you very much for president Wang's personal visit to the enterprise research and guidance work. Under the guidance and help of the special committee of China Plastics Association, he learned from the good experience and good practices of his brother units. With the determination of one mind, one mind, one arrow and one hole, he jointly promoted the enterprise development with the world-class and the first standard of the same category, and the craftsmanship spirit of specialization, precision, depth and penetration The plastic woven container bag industry has made great development and progress. 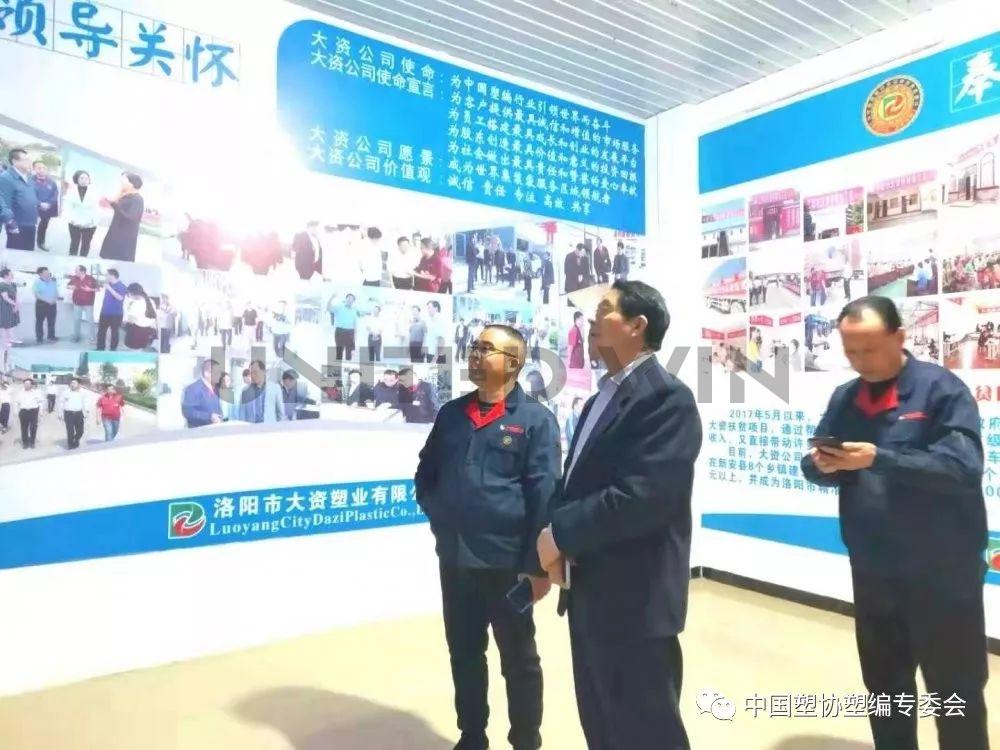 So far, President Wang's investigation in Luoyang has come to a successful conclusion. 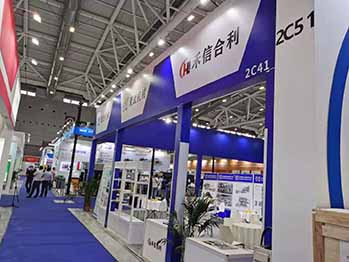 CHINAPLAS 2021 be crowned with complete success 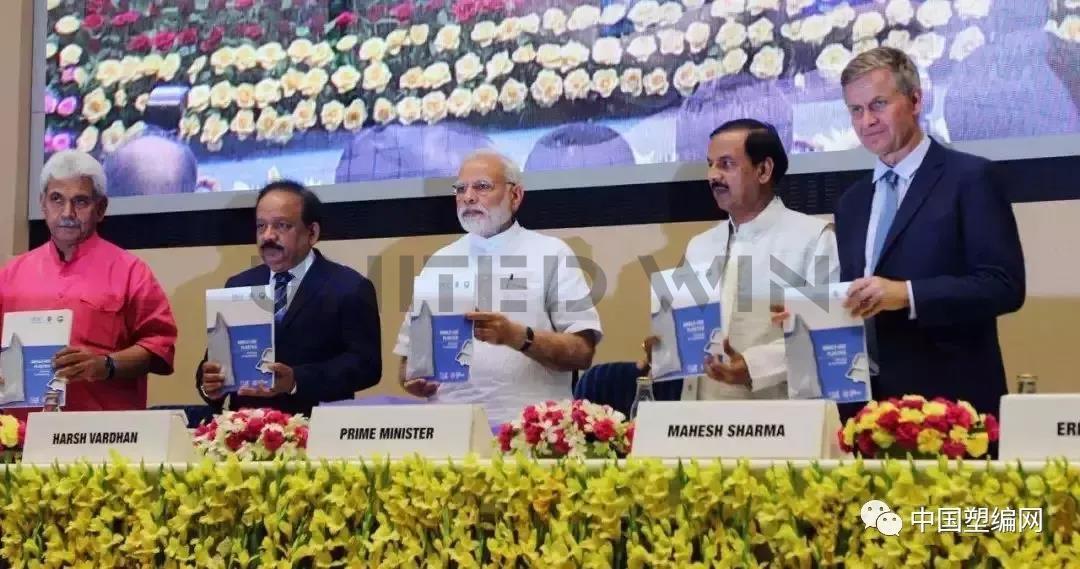 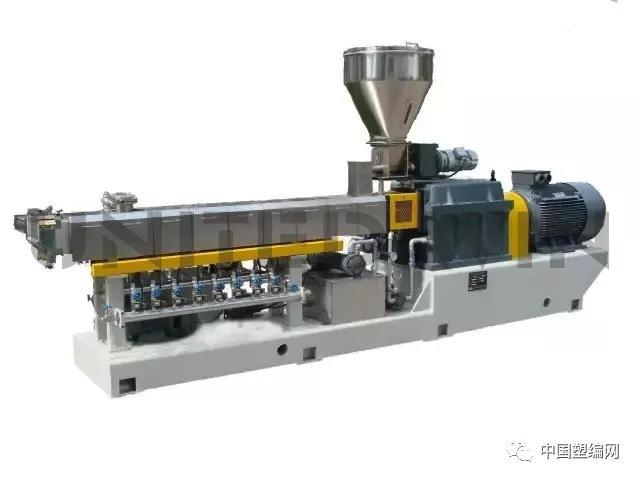 How to maintain screw extruder? 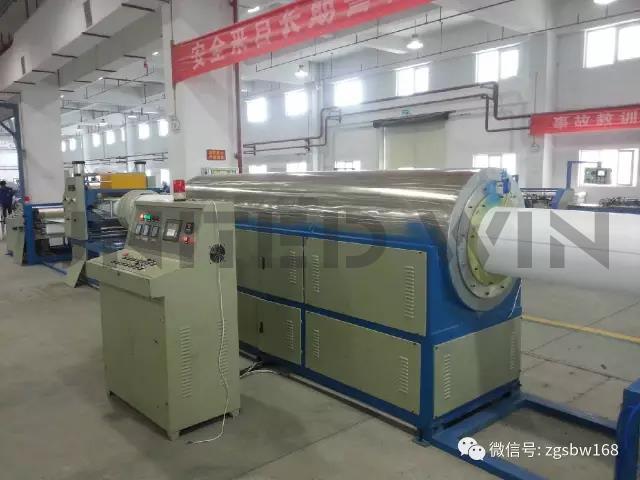 The technology of inner mucous membrane glued in tube fabric 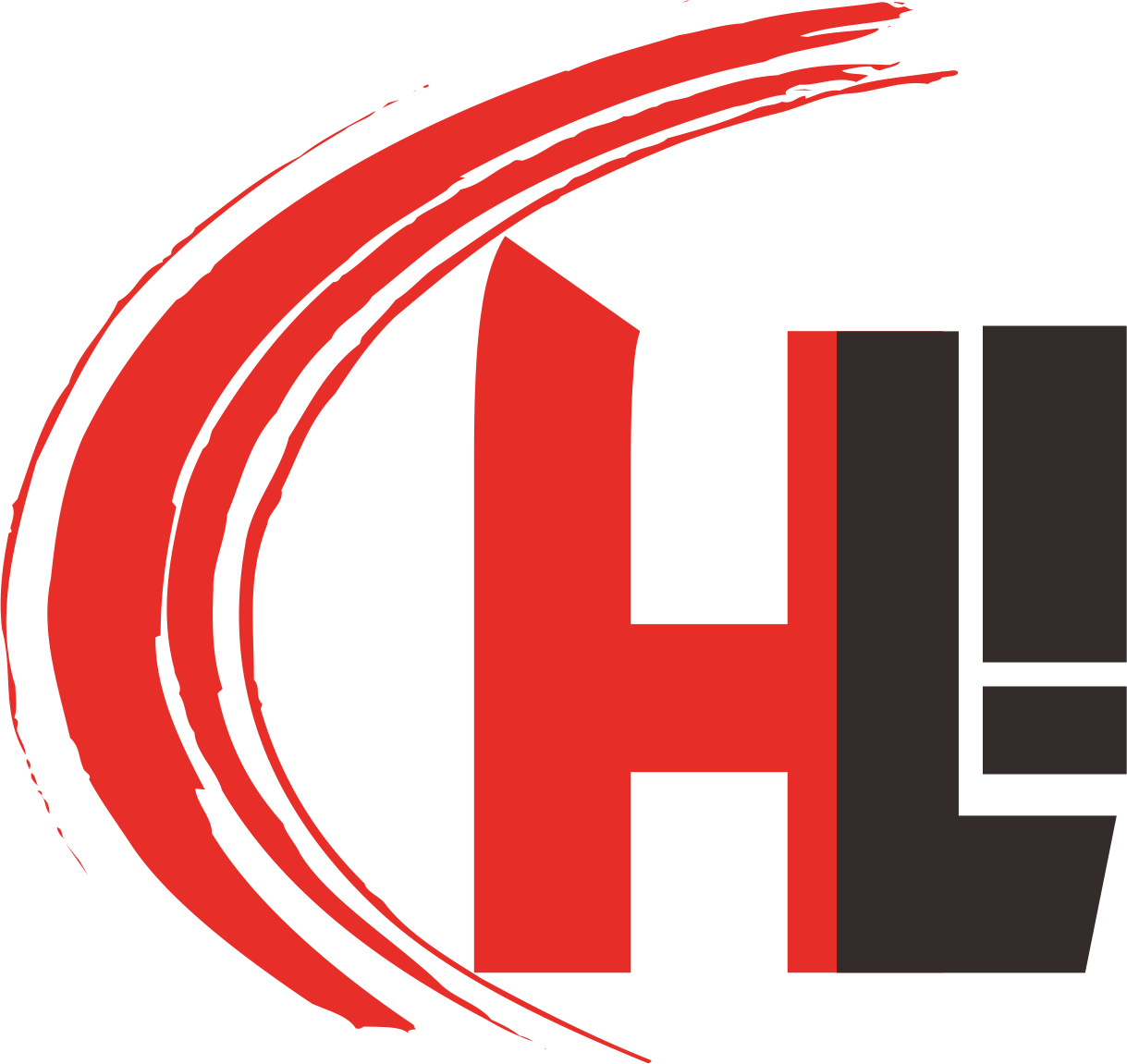